According to the latest Markit/REC Report on Jobs, the decline was only slight, yet was still the first to be seen in 45 months.

The report suggests that hiring activity was heavily impacted by uncertainty surrounding the EU referendum, which took place on June 23rd.

Figures also showed that the number of temporary billings went up last month, although the rate of growth was the lowest in nine months. Again, survey respondents cited the referendum as a factor.

Kevin Green, chief executive of the REC, commented: "Uncertainty during the run-up to the referendum saw many employers suspend permanent hiring and instead bring in temporary, contractor or interim staff to hedge against potential changes to their growth prospects.

“Whilst it is too early to assess what the impact of the vote to leave the EU will be on jobs, our data underlines the need for uncertainty to be minimised so that our economy and our labour market are not adversely affected."

Mr Green insisted that "clear and calm leadership" is now needed, as well as clarity for businesses on what a post-EU future will look like.

He added that in the lead-up to the referendum, businesses had already been struggling to find the right candidates for certain positions.

As a result, he believes ensuring employers can still access the people "they need to succeed must now be top of the list" in any Brexit negotiations.

The UK's business community has urged the government to provide clear leadership in the wake of last month's referendum result.

A joint letter from the the British Chambers of Commerce, the Confederation of Business Industry (CBI), the Federation of Small Businesses, the Institute of Directors, and EEF, the manufacturers’ organisation, highlighted two key areas of concern for businesses.

Firstly, it said they want an end to the uncertainty facing EU nationals who currently live and work in the UK, and secondly, they have called for action to progress long-planned infrastructure projects.

"Addressing these key issues would be a shot in the arm for business confidence, and send the right signals across the world," the letter read. "This may be a time for calm reflection, but it is not a time for inaction."

Carolyn Fairbairn, director-general of the CBI, added that business needs the government to put party politics to one side and show leadership right now.

She argued that the process of getting a new prime minister in place is "painfully glacial" and said "the markets and business decisions won't wait eight weeks".

Ms Fairbairn added that the candidates for the role of prime minister must engage with business as soon as possible and inspire confidence.

"They need to speak directly to investors around the world, sending out a clear message that we're still open for business," she said. 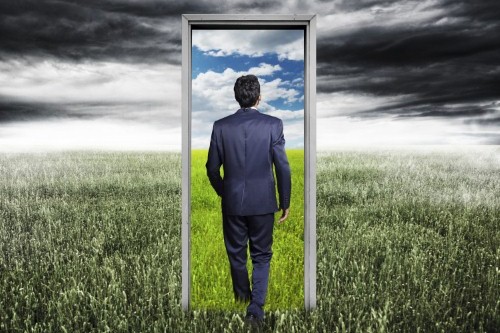