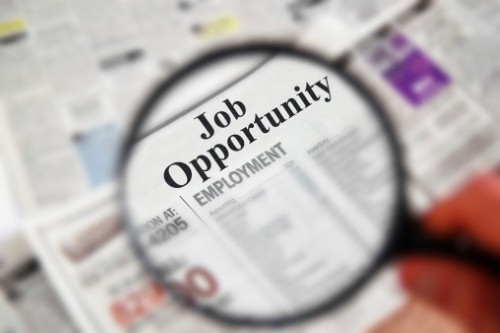 Employment continued to go up and unemployment fell once again during the three months to April 2015, new data has revealed.

According to the Office for National Statistics (ONS), 73.4 per cent of 16 to 64-year-olds were in work between February and April - compared with 72.7 per cent 12 months earlier. The unemployment rate dropped from 6.6 per cent to 5.5 per cent over the same period.

Annual real wage growth reached its highest point since 2007 between February and April - coming to 2.7 per cent.

The ONS data has been hailed by the government, with employment minister Priti Patel saying it confirms that "our long-term economic plan is already starting to deliver a better, more prosperous future for the whole of the country".

However, Ms Patel insisted that the government wants to go further and will keep helping businesses create jobs. She added it also wants to provide support for those who "want to work hard and get on as part of our ambition to achieve full employment".

Leading figures in the UK's business community have unsurprisingly welcomed signs that conditions in the labour market are getting better.

The CBI said the data provides additional evidence that the squeeze on wages has eased, as private sector pay is going up almost as fast as it did before the financial crisis.

Neil Carberry, director for employment and skills at the CBI, said this is happening at the same time as firms are creating more jobs.

"These figures are testament to the strength of our flexible labour market, which has helped British firms create a strong number of permanent full-time jobs," he commented.

The Institute of Directors, meanwhile, noted that the ONS data shows the UK economy is "well along the road of recovery".

James Sproule, chief economist at the body, said factors such as low inflation and falling energy prices have "eased the pressure on companies and boosted their balance sheets". As a result, many are "now able to pass these benefits on to their staff through pay rises and bonuses".

"Encouragingly, pay rises are being handed out in a manner which is both sustainable and in line with long-term productivity trends," Mr Sproule continued. "As the labour market continues to tighten and competition for jobs heats up, real wage growth should remain entrenched for some time to come.”

David Kern, chief economist at the British Chambers of Commerce, added that the labour market's "flexibility and dynamism" are a primary source of strength for the UK economy and make his organisation confident of further growth in the coming year.

However, he warned the Bank of England's Monetary Policy Committee that raising interest rates at this point would be premature, as firmer evidence of productivity going up in line with wages is needed first. Mr Kern pointed out that inflation is likely to remain around zero for several months and creep up slowly after this point. This, he said, means the MPC should avoid acting too hastily and endangering the recovery.