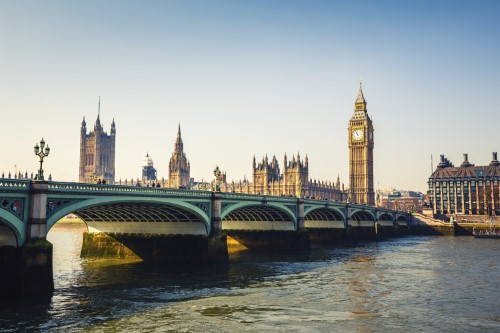 Many employers have no plans in place for if the electorate votes to leave the European Union, a new survey has found.

A referendum on the UK's continued membership of the EU is to be held next month, but a large proportion of companies appear to be assuming Britons will vote to remain.

Indeed, figures from Jelf Employee Benefits revealed 61 per cent of HR and finance personnel have not formally considered the impact of a Brexit vote.

Just two per cent were found to have made plans for a vote in favour of leaving the EU, while 11 per cent said they have not planned but have started thinking about this outcome.

Steve Herbert, head of benefits strategy at Jelf Employee Benefits, commented: "The Brexit issue is a very Rumsfeldian conundrum - how to prepare for unknown unknowns is occupying the thoughts of many businesses across the country right now. However, six out of ten HR and finance professionals say that their organisation has not yet considered the issue.”

Mr Herbert warned that if Britain votes to leave the EU, it could take up to two years for UK employers to know where they stand on various EU issues, which he believes could affect recruitment and retention during this time.

"Employees aren’t expecting a crystal ball but they are likely to want their employers to actively seek answers on their behalf and stay abreast of changes, so open communication will be important.," he added.

Businesses 'must do more to give opportunities to young people'

Employers have been urged to step up efforts to create opportunities for young people, as the number not in education, employment or training is on the up.

Data from the Office for National Statistics showed that the number of so-called NEETs in the UK rose by 0.1 per cent between January and March 2016 to 85,000. This works out to 12 per cent of 16 to 24-year-olds in Britain.

However, the figure is 0.8 per cent down on the amount that was recorded a year ago, which could suggest that progress is being made in this area.

Nevertheless, Petra Wilson of the CMI believes businesses should focus more heavily on offering work-based learning, as this enhances the employability of young people and enhances productivity.

"With £3 billion cut from the education budget, employers must re-examine work-based training as a way of ensuring their workforce is equipped with the skills necessary for productivity," she commented.

“The employability of our young people is a rising concern for employers. Traditional graduate recruitment has high costs and retention levels can be poor, meaning far more employers are turning their attention to school leavers. “

The CBI has revised its economic growth estimates, forecasting two per cent growth in 2016, rather than the 2.3 per cent it had expected in February.

This comes just after a similar move by the Bank of England. Whereas the body had been anticipating a 2.2 per cent increase in economic output in 2016, it now expects to see growth of two per cent.