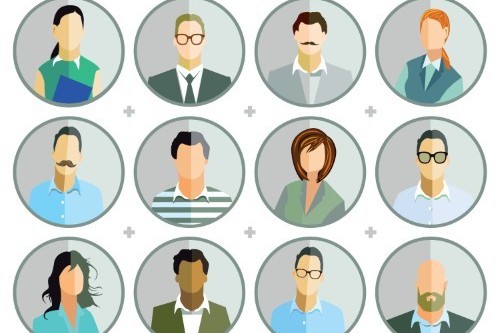 According to the latest Report on Jobs from Markit and the Recruitment and Employment Confederation, permanent placements went up at their weakest rate since last September,

By contrast, the surge in temp billings during March was the strongest in four months.

However, the availability of staff deteriorated last month, which might partly explain why starting salaries for people placed in permanent jobs went up, while hourly rates for temporary and contract staff also increased.

Tom Hadley, director of policy at the REC, commented: "While we expect jobs growth to continue overall, we are now seeing the effects of current uncertainty in the marketplace on UK employment.

"Global economic headwinds plus uncertainty around a possible Brexit make it likely that slower growth in permanent hiring will remain over the next few months as employers take a wait-and-see approach."

Businesses must be vigilant ahead of EU referendum

Companies have been urged to be wary of potential risks that may arise in the coming months, amid ongoing uncertainty over the upcoming EU referendum.

The CBI said this is one of several significant risks that are currently on the radar, along with ongoing volatility in the financial markets.

Business leaders have therefore been told to be vigilant in order to overcome any hazards that might appear in the near future.

The CBI was speaking after its research revealed that while economic growth in the UK is slowing down, many companies remain upbeat.

The retail and business and professional services sectors have done particularly well in recent months, with growth figures being hit by slowdowns in the manufacturing, distribution and service industries.

Rain Newton-Smith, director of economics at the CBI, commented: "The gears of growth stuttered in March, with manufacturing and consumer services having a tough time. Retail and professional services firms have fared better though, and it’s encouraging that the private sector expects growth to recover over the next quarter. Looking ahead, we expect strong domestic demand to power growth forward."

Poor employer brand 'could push up your recruitment costs'

Having a poor reputation as an employer could lead to firms paying more to hire the best talent, a new study in the US has revealed.

Research by LinkedIn, published in the Harvard Business Review, revealed that a negative image is forcing many companies to offer relatively high salaries to persuade people to come on board.

In many cases, this was found to be up to ten per cent higher than a salary in a comparable job at a more reputable firm.

Richard Mosley, author of The Employer Brand, responded to the findings by saying: "Given the greater transparency that social media has brought to employer branding, and the growing role of employee advocacy, there has been a correspondingly greater emphasis on delivering a more consistently positive employer brand experience.”

"The crucial first step is to understand why you're struggling to hire. Some organisations help employers determine levels of awareness among the talent groups they are seeking to hire, what these people currently associate with the employer and how this aligns with what they're looking for."

Mr Mosley added that as soon as this is clear, businesses will find it easier to define a more compelling employer value proposition, as well as focus their communication efforts and ensure they deliver on their promises.