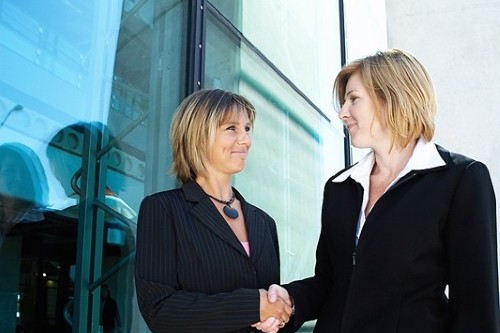 Businesses urged to get more women into senior positions

International Women's Day was marked across the world on Tuesday and led to renewed calls for businesses to do more to get women in executive leadership positions.

The Institute of Directors (IoD), for instance, used the opportunity to urge firms to shake up their recruitment practices and consider using measures such as gender-blind applications, as well as ensure a woman is on the interview panel for senior roles.

Companies were also advised to offer flexible working schedules to people in the most senior positions, as this would make it easier for men and women alike to fit career progression around their family lives.

In addition, the IoD said firms need to champion women in leadership positions and let them be mentors and role models to other females who have similar ambitions.

Lady Barbara Judge, chairman of the IoD, commented: "The remarkable success in increasing the number of women on boards in the UK over the past six years shows how enthusiastically businesses have embraced their role as champions of female progression. Now, we must channel this progress into tackling the next item on the agenda - getting more women into senior, executive, decision-making roles. The onus must be on employers to do everything they can to harness their female talent. After all, it is a business's loss if it fails to make the most of half their workforce."

The British Chambers of Commerce, meanwhile, has used International Women's Day to push the case for stepping up efforts to get more women in well-paid, science, technology and engineering jobs.

This, he said, can lead to them eschewing opportunities and pursuing other careers, often at lower rates of pay.

"We need to change these perceptions if we are to use the nation’s talents and skills more effectively," he commented. "Science-related sectors need access to all the country’s talent, not just half of it, if we are to be at the forefront of innovation.

"We need to tackle this urgently by increasing the interaction between education and business, and inspire young people to see all the career options open to them."

Permanent job placements on the up

The number of permanent job placements went up at a higher rate in February, according to new figures.

The latest Markit/REC Report on Jobs shows that the rate of expansion accelerated to a three-month high last month, while temp billings also went up.

An increase in the number of job vacancies was also recorded, although candidate availability continued to decline, albeit at a slightly slower rate.

Commenting on the figures, REC chief executive Kevin Green said: "The UK labour market is at a critical juncture. Permanent hiring improved last month, demand for staff remains strong, and pay is going in the right direction - but serious threats are looming just around the corner."

For instance, he said the hiring strategies of many businesses will be disrupted by upcoming tax changes, as well as the introduction of the National Living Wage.

Mr Green has therefore urged the chancellor not to introduce additional hurdles for businesses in next week's Budget, as this could "throw the jobs-rich recovery off course".

He warned that the EU referendum could also have an impact on business confidence in the coming months.

As a result, Mr Green believes it is vital that there is an "informed debate about the impact the referendum might have on jobs, both in the short and long term".

"All parties must remember that UK employers need access to the global labour market in order to thrive," he added.