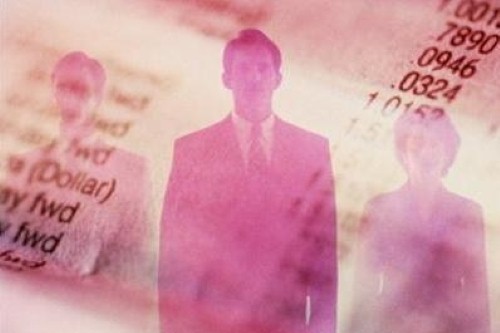 Expectations for continued economic growth have been reinforced by the latest set of official growth figures.

Economic output in the UK increased from 0.4 per cent to 0.7 per cent in the second quarter of 2015, new data has revealed.

According to the Office for National Statistics (ONS), this was fuelled by an increase in net trade, while a healthy surge in business investment also had an impact on the headline figure.

This was unrevised from its previous GDP estimate for Q2 that was published in late July.

The CBI has upgraded its growth forecast for the UK economy in 2015 from 2.4 per cent in June to 2.6 per cent.

According to the business group, this will be followed by 2.8 per cent growth in 2016, again up from its earlier forecast of 2.5 per cent.

The CBI has attributed the improved estimates to factors including stronger wage growth in the UK, which itself was a consequence of recovering productivity in the first half of this year.

However, he acknowledged that the picture for the exports market is not so bright, as the strong pound is "hampering our competitiveness abroad". Furthermore, growth in the eurozone, which is Britain's biggest trading partner, is set to remain subdued for some time to come, he noted.

The CBI added that recent growth momentum could pave the way for the Bank of England to raise interests in the first quarter of 2016.

The Institute of Directors (IoD) believes the attitude towards bonuses in the financial sector are shifting following the financial crisis.

According to the latest ONS data, total bonus values came to £42.4 billion in 2014-15 - an increase of 2.7 per cent. However, the amount paid by the financial and insurance sectors dropped by nearly ten per cent to £13.6 billion.

James Sproule, chief economist at the IoD, said the fact bonuses account for a "significantly smaller chunk of take-home pay" in these sectors "suggests steps have been taken since the financial crisis to rein in excess".

"Under pressure from politicians, the public and regulators, banks now realise that the culture of unjustifiably high cash bonuses as a reward for short-term performance is over."

However, he stated that wages in the finance sector are rising at a particularly strong rate. Mr Sproule has therefore cautioned the sector against shifting pay towards base salaries, rather than ensuring bonuses "reward employees who have delivered value for the company and hit stretching and long-term performance targets".

Public sector net borrowing, not including public sector banks, hit a surplus of £1.3 billion in July 2015, according to the ONS.

Data also showed that borrowing in the first four months of the current financial year was £7.3 billion lower than it had been a year earlier.

The news has been welcomed by the British Chambers of Commerce, which said it expects borrowing in the financial year as a whole to be "lower than estimated by the chancellor in his recent Budget".

As a result, he should benefit from "greater flexibility, which will enable him to put more emphasis on ways to boost economic growth".

However, chief economist David Kern stressed that the UK still faces "major challenges in restoring stability to its public finances". For instance, he said lower oil and gas receipts mean Britain's ability to generate tax revenue is "seriously reduced" at the moment.