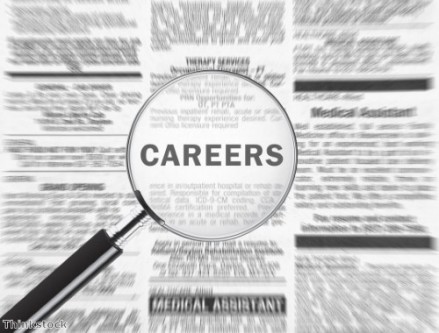 New figures have shown favourable employment conditions in the UK for creative workers and migrants, as well as highlighting the need for more vocational and academic qualifications among young jobseekers.

Job creation sees boom in creative industries
New figures released by the Department for Culture, Media and Sport this week have indicated that the UK's creative industries are growing at a rate that outpaces the economy as a whole, leading to favourable employment conditions in the sector.

The sector is also becoming more diverse, with 11 per cent of all jobs within this industry now filled by someone from a black, Asian or minority ethnic background - the same level as across all UK industries.

Culture secretary John Whittingdale said: "Our films, music and other artists are celebrated around the world and this government is determined to ensure our creative industries continue to grow."

However, concerns were also raised that the representation of women in this sector remains too low.

It was revealed that 68 per cent of all immigrants in the UK are employed, much higher than the average EU immigrant employment rate of 62 per cent. This can be explained in part by the high educational level of British immigrants; whereas only one in four EU immigrants holds a university degree, this figure is closer to one in two in the UK, with the share of highly educated migrants doubling in the last six years.

At 16 per cent, the UK also has one of the highest rates of self-employment among immigrants of all OECD countries, while more than one-third of all employed and settled immigrants work in the public sector, with only Denmark and Sweden having a higher share.

Demand rises for vocational and academic qualifications in young workers
Preliminary findings from the CBI/Pearson Education and Skills Survey 2015 have been published, highlighting emerging trends in the skills and qualifications British businesses are looking for in young candidates.

Nearly three-quarters of the more than 300 UK firms questioned say they want 18-year-olds to have a mix of vocational and academic qualifications, or attach equal value to both.

It was shown that 45 per cent want to see the introduction of vocational A-levels in subjects such as graphic design, construction or engineering, whereas only 20 per cent are now interested in recruits with academic qualifications like GCSEs and A-levels alone.

Moreover, 45 per cent believe a simpler vocational system would help to build trust and confidence in the quality of vocational learning, while 31 per cent would argue for making these qualifications more rigorous and for increased employer involvement in their design.

CBI director-general John Cridland said: "Businesses want qualifications that have real currency in the labour market and equip young people with the knowledge, skills and behaviours that match business needs. The best vocational qualifications do this."