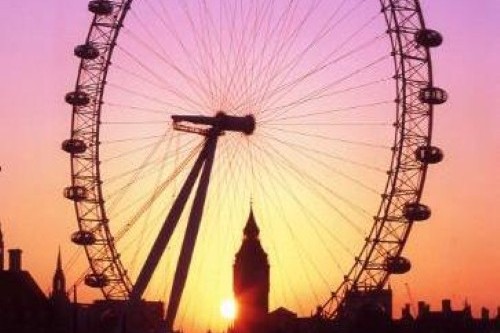 The UK employment rate has reached its highest level on record, according to the Office for National Statistics (ONS).

According to the body, employment reached 73.7 per cent between July and September 2015.

This coincided with the unemployment rate falling to 5.3 per cent - the lowest level since early 2008. Furthermore, average pay has gone up by three per cent during the last year.

Priti Patel, the employment minister, has hailed the figures, saying the government's policies are "transforming lives for the better, and creating the higher wage, lower welfare society that British people want to see".

The ONS data has been welcomed by many of the country's leading business groups. According to the British Chambers of Commerce (BCC), this is "another strong set of labour market figures, with employment rising, unemployment falling and inactivity declining".

David Kern, chief economist at the BCC, also pointed out that the UK economy is performing solidly right now. However, he insisted this is not the time for complacency, given ongoing uncertainties internationally.

Mr Kern has therefore called for the Bank of England's Monetary Policy Committee to keep interest rates down for the medium term at least, as British businesses "need stability".

The CBI has also hailed the figures, saying that on the whole, the labour market is "showcasing an economy that seems in good shape".

The CBI also pointed out that businesses are feeling "increasingly optimistic" about the UK's economic outlook, with the retail sector in particular feeling positive as a result of rising consumer incomes.

The Institute of Directors (IoD) responded to the data by hailing the role of businesses, saying they should "rightly be congratulated for creating jobs and raising wages in nearly every sector of the economy".

James Sproule, chief economist at the IoD, commented: "For businesses, low inflation has allowed them to reduce risk through paying down debt, ramping up production, taking on staff and offering sustainable pay rises. For employees, strong confidence is shown by the fact that people may actually be cutting back hours now that hourly pay has increased. This should not be mistaken for 'underemployment', but rather optimism about the future."

Mr Sproule went on to predict that better corporate performances will not be the sole driver of wage growth in the coming years. Instead, competition for employees is likely to push up salaries in the future.

Indeed, he said that with the employment rate at a record high and the number of vacancies at their highest point since the financial crisis, pay increases look set to "remain a feature of the economy as confidence grows and employees push for wage increases".

The CBI has praised the government's efforts to rebalance the UK economy and drive growth in the north of England.

According to Carolyn Fairbairn, the new director-general of the CBI, the Northern Powerhouse scheme offers "one of the most exciting opportunities" for the country over the next five years and make "growth beyond London a reality".

However, she said the scheme will not compromise the capital's status as one of the greatest cities in the world. Indeed, she believes it will help London achieve "new levels of success".

"The UK has a golden opportunity to move on from its strong recovery to build a new era of growth and prosperity for the whole country," Ms Fairbairn commented.

As a result, Ms Fairbairn believes this issue must be addressed urgently, partly through innovation and partly through tackling long-term weaknesses in skills and infrastructure.

Employees want to be rewarded this Christmas

Businesses could foster greater employee engagement and loyalty by taking time out to reward their staff this Christmas.

A survey by Edenred revealed more than two-thirds of employees have warmer feelings towards their employer if they are rewarded in some way at Christmas time.

A Christmas party was the favoured option of just one in ten workers, with most preferring tangible rewards such as gift cards, cash and vouchers.

Employers have therefore been urged to spend time considering what type of reward each employee would value the most.

Bosses were also urged not to leave this too late, as their efforts could be undermined by lack of time if they start planning how to reward staff too close to Christmas.

Andy Philpott, sales and marketing director at Edenred, said: “By taking a little more time to consider the kind of reward each employee would most value delivered through as a personal thank you, employers could increase the motivation impact and performance ROI from their end-of-year reward."

He added that finding out what employees want and giving them a meaningful reward can help them feel appreciated.

Scotland has one of the highest female employment rates in EU

Scotland currently boasts one of the highest rates of employment in the whole of the European Union.

Only Sweden ranks ahead of Scotland in the official figures, which cover the period from April to June 2015. The UK as a whole came in at eighth place.

Annabelle Ewing, women's employment minister in the Scottish Parliament, has hailed the figures as something Scotland can be proud of. However, she said there is still more that can be done to boost female representation in the workplace.

"We're constantly reviewing what partnerships are effective in reaching those who face barriers to finding and staying in work and making sure that we are able to share that experience as far as possible," she commented.

To find the best candidates to fill key positions within your business, get in touch with The Maine Group straight away!