Counteroffers: To Accept or Not To Accept? 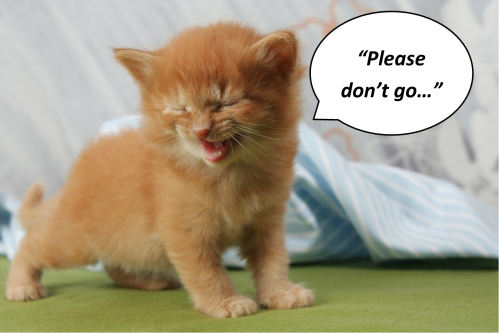 Would you accept a counter offer from your company once you’d handed in your notice? What would they have to offer you to make you stay? These are important questions, but the most important question you should be asking yourself is: why are you leaving?

Counteroffers are common when you’re leaving a role and it’s a notoriously difficult decision to make, in the words of The Clash ‘should I stay or should I go?’

When you hand in your resignation and are offered a new deal by your current employer you need to think about a few things - why have you gotten to this point in the first place? what caused you to walk not only through our door (or any recruiter’s door for that matter), but to also walk through the door of another company and actually have an interview?

There are so many reasons why you may be looking to leave a role and its essential that you are honest with yourself about what your non-negotiables are, what your drivers are, and what has led you to leave in the first place. Quite often money may be a contributing factor, but it’s not the main reason for leaving a company.

It is statistically proven that 83% of employees that accept a counteroffer are no longer with that company 6 months later. This is because the contributing factors that have pushed you to find new employment are those that are the most difficult to change. It’s often the money that gets adjusted in a counteroffer; but it’s the cultural aspects and the key elements of the job itself that are the most difficult to reform.

We had a candidate working with us that was offered a buy back from her company, once she’d handed her notice in. One of her key motivators for looking to leave her  role was the unmanageable workload resulting in working almost 24/7; her counteroffer included the promise of a new member of her team to assist her and to help spread the workload a bit more evenly. In the following weeks, it became clear that there was a lack of budget available for a new hire and things were not going to change.

It’s an unfortunate situation when this happens but it’s more common than you think. At the moment you resign, you’re business critical to your team. They can’t imagine what they are going to do without you. They’re going to have to go through the recruitment process, find a new person, and on top of that, lose all the knowledge and experience that you’ve gained through your time in the role. At this point, it’s not surprising that managers panic and do everything in their power to keep you on board.,

It’s rarely fully about money when you leave a role and a lot of the reasons people cite for moving jobs are factors that cannot be readily changed; things like culture, or personality clashes, the journey to work, work load, or agile working. These are usually unobtainable changes.

Something else to consider when handing your notice in and receiving that counter offer is, why are you only being offered this now?!

A counteroffer is a bit like having to say to your boyfriend or girlfriend that you’re leaving before they agree to treat you decently. By the time the counteroffer comes, it might just be too little too late. Like in any relationship, you deserved to be treated with respect and valued while you’re there and involved, not because the other party are feeling threatened that you might not be there. You should feel empowered; working for a company that values you from the outset is key.

Your Loyalty, Your Salary, Your New Role

Once you’ve handed in your notice, your intentions to leave the company are abundantly clear; this can potentially leave you in a vulnerable position. The people you work with and your team begin to question your loyalty to the firm and the teams’ goals. It can become a stigma that can easily upset the culture and disrupt the dynamic.

If  your company offer you a different role you have to consider if that role is really going to be as different as you first thought. Does your company have a budget and the need to create a new role just for you AND replace you in your old role? If not, it will likely be a watered-down version of the role. You can often end up taking on more work as a result of carrying over tasks from your “old” role; people still see you in your old position. This might be justified by your firm in the form of a salary increase.

Does your counteroffer include a salary hike? It’s likely it will. If this is the case, you’ve probably just been pushed to the very top of the salary bracket for this role within your company which means you’re now rather expensive to the company. This leaves very little potential for negotiation in the future; and maybe this will remain your salary for the next five years! Maybe, if you had chosen to move on and got a bit of a step-up, you could continue to increase this more.

We’re not saying don’t accept a counter offer but you need to go back to what your non-negotiables are and look at what is going to make you happy in your life, through your job.

Ultimately, when it comes to accepting a new role or taking a counter offer, you need to do what is right for you.